Body Piercing: A body piercing is just what it sounds like — a piercing or puncture made in the body by a needle. After that, a piece of jewelry is inserted in the hole. Commonly pierced body parts are the ears, nose, and the belly button. Oral piercings include the lip, cheek, and tongue.

Body Piercing: it's, a form of body modification, is the practice of puncturing or cutting a part of the human body, creating an opening in which jewelry may be worn, or where an implant could be inserted. The word piercing can refer to the act or practice of body piercing, or to an opening in the body created by this act or practice. It can also, by metonymy, refer to the resulting decoration, or to the decorative jewelry used. Contrary to popular belief, that piercing is related to visual jewelry only, piercing implants alter body and/or skin profile and appearance (e.g. golden threads installed subdermal, platinum, titanium or medical grade steel subdermal implants). Although the history of body piercing is obscured by popular misinformation and by a lack of scholarly reference, ample evidence exists to document that it has been practiced in various forms by both sexes since ancient times throughout the world.

Ear piercing and nose piercing have been particularly widespread and are well represented in historical records and among grave goods. The oldest mummified remains ever discovered were sporting earrings, attesting to the existence of the practice more than 5,000 years ago. Nose piercing is documented as far back as 1500 BC. Piercings of these types have been documented globally, while lip and tongue piercings were historically found in African and American tribal cultures. Nipple and genital piercing have also been practiced by various cultures, with nipple piercing dating back at least to Ancient Rome while genital piercing is described in Ancient India c. 320 to 550 CE. The history of navel piercing is less clear. The practice of body piercing has waxed and waned in Western culture, but it has experienced an increase of popularity since World War II, with sites other than the ears gaining subcultural popularity in the 1970s and spreading to mainstream in the 1990s.

The reasons for piercing or not piercing are varied. Some people pierce for religious or spiritual reasons, while others pierce for self-expression, for aesthetic value, for sexual pleasure, to conform to their culture or to rebel against it. Some forms of piercing remain controversial, particularly when applied to youth. The display or placement of piercings have been restricted by schools, employers and religious groups. In spite of the controversy, some people have practiced extreme forms of body piercing, with Guinness bestowing World Records on individuals with hundreds and even thousands of permanent and temporary piercings.

Contemporary body piercing practices emphasize the use of safe body piercing materials, frequently utilizing specialized tools developed for the purpose. Body piercing is an invasive procedure with some risks, including allergic reaction, infection, excessive scarring and unanticipated physical injuries, but such precautions as sanitary piercing procedures and careful aftercare are emphasized to minimize the likelihood of encountering serious problems. The healing time required for a body piercing may vary widely according to placement, from as little as a month for some genital piercings to as much as two full years for the navel. 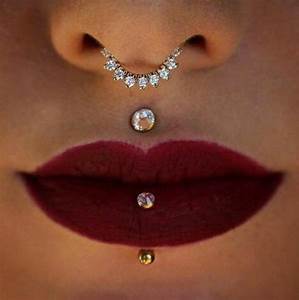